You have made a pact with a fiend from the lower planes of existence, a being whose aims are evil, even if you strive against those aims. Such beings desire the corruption or destruction of all things, ultimately including you. Your patron is a mysterious entity whose nature is utterly foreign to the fabric of reality. It might come from the Far Realm, the space beyond reality, or it could be one of the elder gods known only in legends. Its motives are incomprehensible to mortals, and its knowledge so immense and ancient that even the greatest libraries pale in comparison to the vast secrets it holds.

The Great Old One might be unaware of your existence or entirely indifferent to you, but the secrets you have learned allow you to draw your m agic from it. You have made your pact with a mysterious entity from the Shadowfell — a force that manifests in sentient magic weapons carved from the stuff of shadow. The shadowy force behind these weapons can offer power to warlocks who form pacts with it.


Many hexblade warlocks create weapons that emulate those formed in the Shadowfell. Others forgo such arms, content to weave the dark magic of that plane into their spellcasting. Death holds no sway over your patron, who has unlocked the secrets of everlasting life, although such a prize — like all power — comes at a price. Once mortal, the Undying has seen mortal lifetimes pass like the seasons, like the flicker of endless days and nights.

It has the secrets of the ages to share, secrets of life and death. Beings of this sort include Vecna, Lord of the Hand and the Eye; the dread Iuz; the lich-queen Vol; the Undying Court of Aerenal; Vlaakith, lich-queen of the githyanki; and the deathless wizard Fista ndantalus. When you reach 3rd level, you can augment your combat techniques with the ability to cast spells. You learn two cantrips of your choice from the warlock spell list. You learn an additional warlock cantrip of your choice at 10th level. Spell Slots. The Profane Soul Spellcasting table shows how many spell slots you have.

The table also shows what the level of those slots is; all of your spell slots are the same level.


To cast one of your warlock spells of 1st level or higher, you must expend a spell slot. You regain all expended spell slots when you finish a short or long rest. For example, when you are 8th level, you have two 2nd-level spell slots. To cast the 1st-level spell witch bolt, you must spend one of those slots, and you cast it as a 2nd-level spell.

Spells Known of 1st Level and Higher. At 3rd level, you know two 1st-level spells of your choice from the warlock spell list.

The Spells Known column of the Profane Soul table shows when you learn more warlock spells of your choice of 1st level and higher. When you reach 11th level, for example, you learn a new warlock spell, which can be 1st, 2nd, or 3rd level. Additionally, when you gain a level in this class and order, you can choose one of the warlock spells you know and replace is with another spell from the warlock spell list, which also must be of a level for which you have spell slots.

In addition, you use your Wisdom modifier when setting the saving throw DC for a warlock spell you cast and when making an attack roll with one. Begining at 3rd level, your weapon becomes a core to your pact with your chosen dark patron. Your chosen pact also enhances your rite. If you deal rite damage to a creature, that creature loses any half or three-quarters cover bonuses, as well as invisibility, until the beginning of your next turn.

You can expend a use of your Blood Maledict feature as a bonus action to heal one creature within 60 feet of you. While using the Rite of the Flame, if you roll a 1 on your rite damage die, you may reroll the die. You may reroll only once per attack. Whenever you deal a critical hit to a creature, that creature must make a Wisdom saving throw against your spell save DC. On a failure, the creature is frightened of you until the end of your next turn.

Whenever you target a creature with a blood curse, your next attack against the cursed creature is a critical hit on a roll of 19 or 20 on the attack. Whenever you reduce a hostile creature to 0 hit points with a weapon attack, and kill it, you regain hit points equal to your crimson rite damage die. Beginning at 7th level, when you use your action to cast a cantrip, you can make one weapon attack as a bonus action. At 7th level, your dark patron grants you the rare use of a dangerous arcane spell based on your pact.

The spell must be using a warlock or profane soul spell slot. If that attack hits, all spell attack rolls for the imbued spell hit the target automatically and are considered part of the single weapon attack. The target takes weapon damage, and is subject to the effects of the spell, expending a spell slot accordingly. If the attack misses, the spell has no effect. The spell must be of 1st level or higher, have a casting time of 1 action, or require an action to activate an already active concentration spell.

At 15th level, your dark patron grants you the rare use of an additional arcane spell based on your pact. You can cast slow once without using a profane soul spell slot.

The Crimson Pact 2 "Trail of Blood" by Alex Haig

You can cast fireball once without using a profane soul spell slot. When you reach 18th level, you learn to sacrifice the souls of powerful foes to your dark patron in exchange for immediate power. When you reduce a creature to 0 hit points with an attack, kill the creature, and they have a challenge rating of 15 or above, you recover an expended spell slot. I love the Blood Hunter especially the mutant order, although I do wish you could be more flexible with choosing which potions to prepare.

I know dex builds are optimal but man people overstate how bad strength BH are. I haven't seen any mention of STR blood hunters being any worse, why is it that they are supposedly worse? I read through most of this class and the comments below but didn't find any reference to whom I thought this class was based upon. Does activating a blood curse without amplifying it still do damage to you? I cannot seem to find the answer anywhere. Tip for anyone reading. If you want to make a character that absolutely brings the walls down around them with how much damage is going on?

Play a Blood Hunter Scourge Aasimar. Just for perspective, a level 20 Scourge Aasimar that so much as hits a creature automatically does 10 radiant damage from their Radiant Consumption, and another 20 from their subrace ability. So you've done 30 base damage, not including the weapon and magic that's also walloping on whatever poor enemy crossed you. It's nasty how much you can do with this class in the right hands. I have read the Crimson Rite damage phrase several times and still confused. 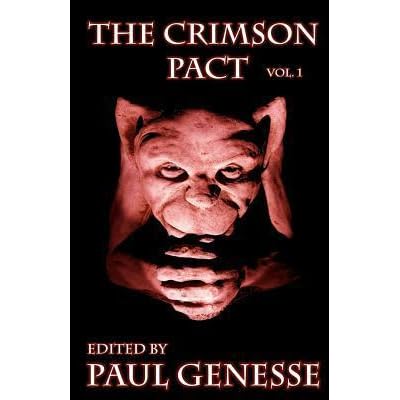 Do you take the damage and then reduce your max health. For example: If you have 10 health and use your rite. I would like some clarification on this ruling. I feel it is quite redundant to lower your max hp and lower your health if you are either, essentially, take 2 damage to ad a d4 to damage.

It works just like multi-classing a Warlock and another casting class. You can use the spell slots interchangeably. You just gotta keep a list of spells and spell slots for both of the classes. How does the Profane Soul work with multiclassing into other caster classes? It's method of spellcasting is rather unique in that it gives all your spell slots at the highest available level. So I have no idea how this fits into the rules for multiclassing with spell casters.